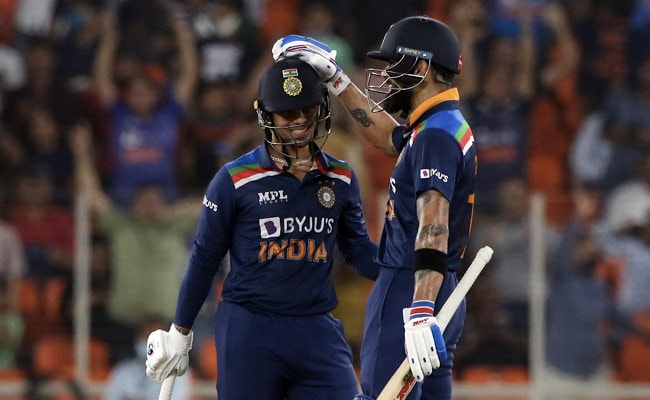 The T20 World Cup is going to start soon. In this tournament, once again the team of India and Pakistan (India vs Pakistan) will be face to face. on 24 october between India and Pakistan The biggest match of the tournament will be played. Now cricket pundits are still making rhetoric about that great match. At the same time, former Indian wicketkeeper Deep Dasgupta has announced the Indian playing of his choice for the match against Pakistan (India playing XI for Pakistan Match in t20 World Cup). Our on youtube channel Talking live to cricket fans, Deep Dasgupta has prepared a list of the best 11 players who can be fielded in the match against Pakistan in the T20 World Cup.

IPL 2021: Dhoni got emotional after winning by hitting a four, Sakshi reacted like this by hugging daughter Jiva

read this also
DC vs CSK Qualifier 1: Rishabh Pant hit a six with one hand, then social media was blown away.
IICC made it clear, if a player turns out to be Covid-19 positive in T20 World Cup, what will be the decision
IPL 2021: Sehwag’s suggestion to Mumbai, retain these 3 players in next year’s mega auction
T20 World Cup: Sri Lanka made 3 changes in the World Cup squad on Jayawardene’s advice, final 15 names announced

At the same time, apart from Jasprit Bumrah and Mohammad Siraj, the former cricketer has also included Mohammed Shami in the team as fast bowlers. The choice of Deep Dasgupta as spinner has been made by mystery spinner Varun Chakraborty. Apart from this, he will play fast bowler or spinner for number 11. He has given up on the mood of the pitch. The 11th player should be selected according to the pitch.

VIDEO: Who will become the champion of T20 league, whose claim is the strongest