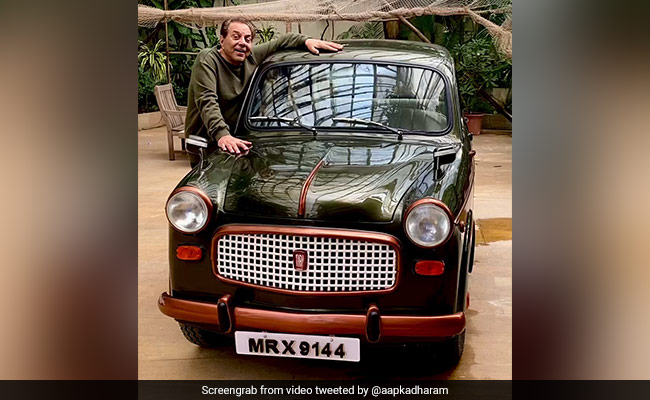 Well-known Bollywood actor Dharmendra is very active on social media these days. Every day he is seen sharing his photos and videos with the fans. His fan following on social media is also very strong, who likes his post. At the same time, he has recently shared a video of himself on Twitter, in which he is seen showing the first car he has taken. Fans are also liking this style of his.

Friends, Fiat my first car my beloved baby ….Very close to my heart . His great blessings in the life of a struggler 🙏 . pic.twitter.com/JMjKmrDMQX

Dharmendra has also written a caption with this video. He has written ‘Friends, my first car my dear child….very close to my heart. His great blessing in the life of a struggling person. Fans are also showering their love on this video. One of his fans wrote ‘Namaste Dharam ji… this is really a very nice car and well maintained’, while another of his fans wrote ‘this is the fruit of your hard work’.

Let me tell you, Dharmendra often shares his great videos like this. Talking about his career, he was last seen in ‘Yamla Pagla Deewana’. At the same time, he is now preparing for the shooting of his next film ‘Apne 2’. Anil Sharma will direct this film.

hyundai creta 2021: This Hyundai car made a big splash, 8 months long waiting period – you may have to wait upto 8 months to get new creta